French Travel Tales: All for One and One for All Becasse

French Travel Tales: All for One and One for All Becasse

French Travel Tales: All for One and One for All Becasse
Posted:
September 10, 2013
Have you ever had a puzzling foreign food conversation?
Has it not gone quite the way you thought?

In September of 2011 I had returned with my oldest son and two dear friends to the Auberge in Poudenas, France.  I say the Auberge as if this might be any run of the mill Auberge. But no. The Auberge was the former La Belle Gasconne where women, and five generations of women to be exact, of Chef Marie-Claude Gracia's family had stood at the helm of foie gras and everything superbly Gasconne in this kitchen. 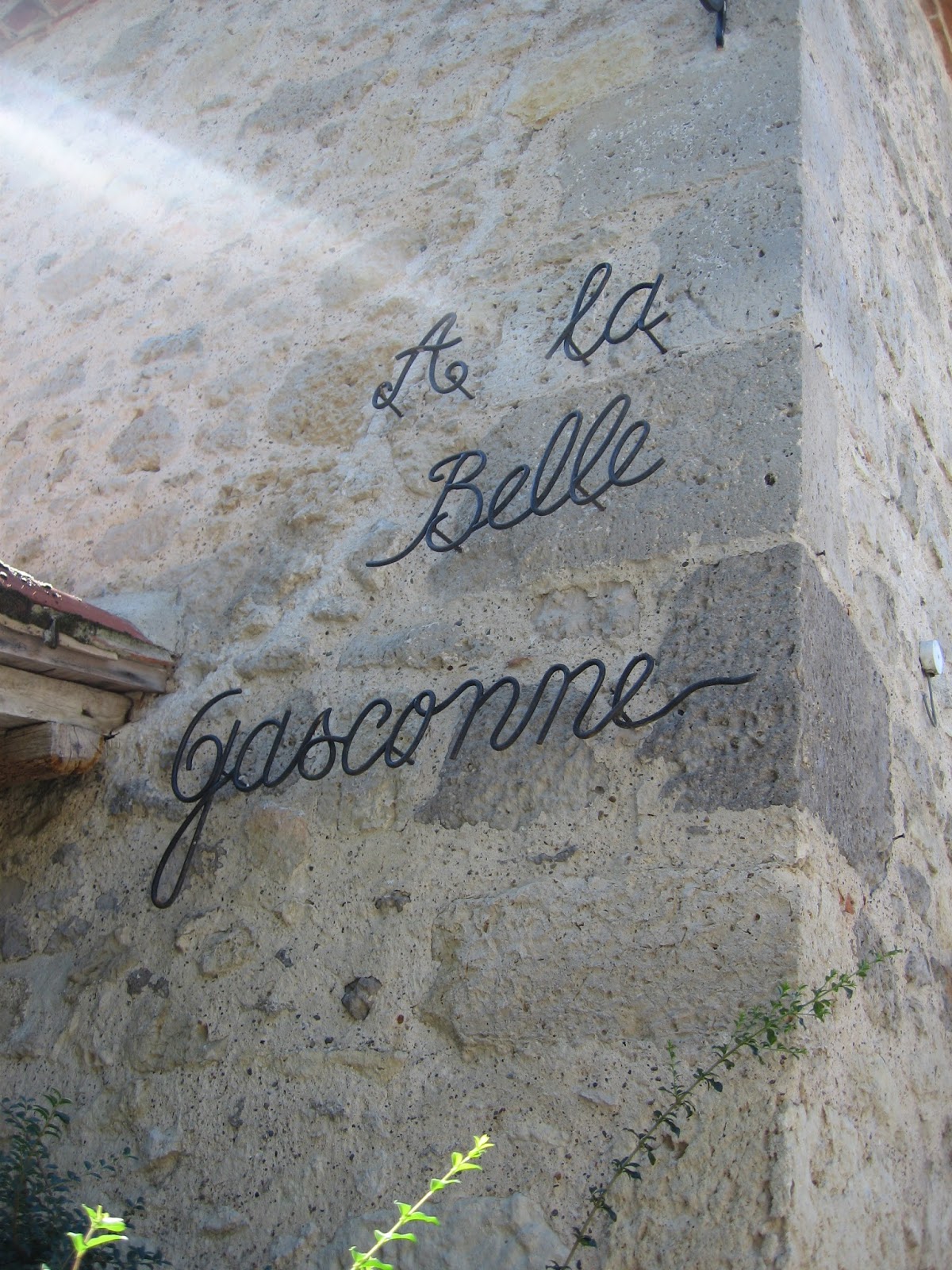 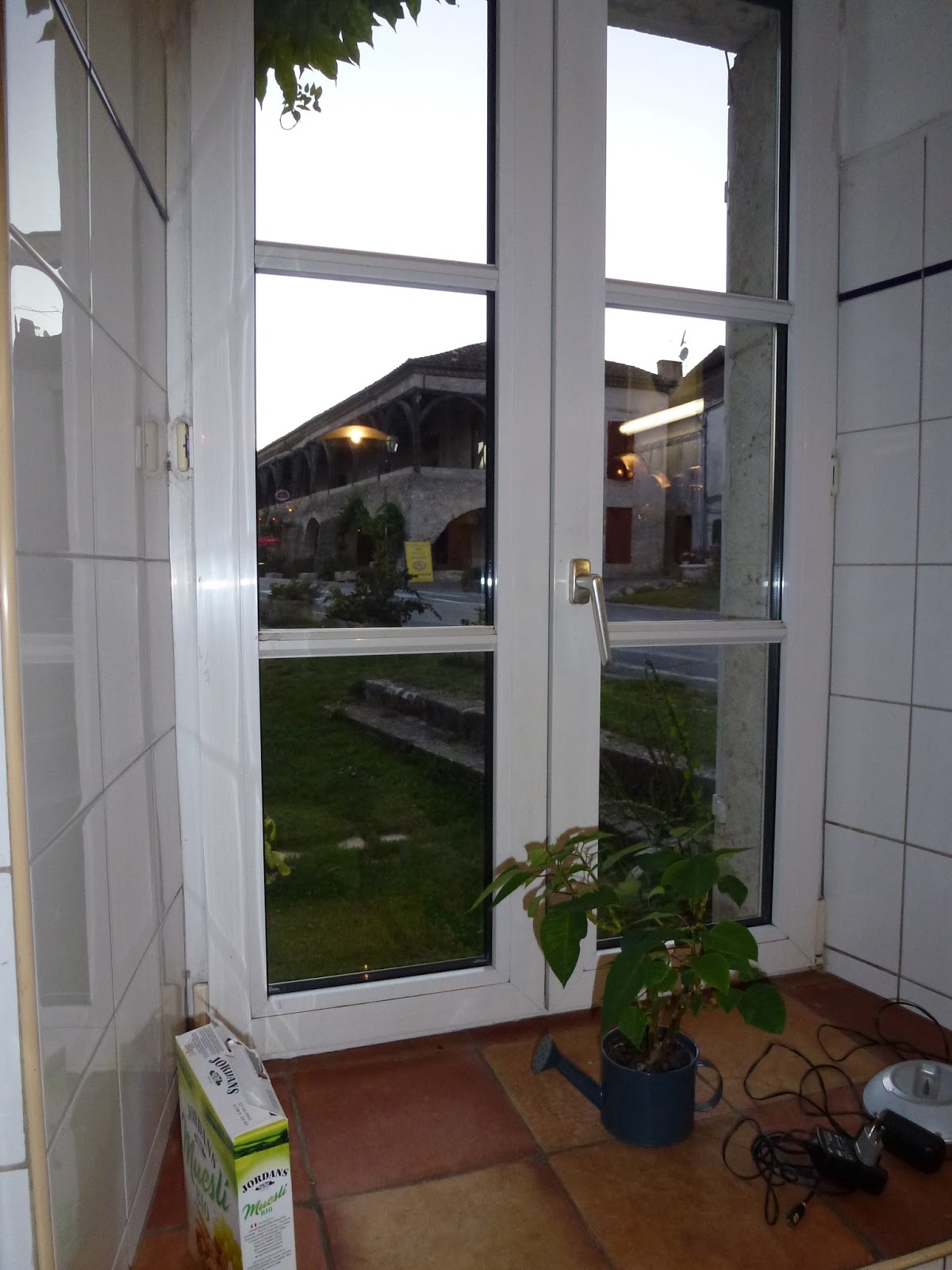 From the kitchen of La Belle Gasconne

Since November of 1995 I have relished coming to Poudenas and this unpretentious and superb jewel, set deep in the countryside of Southwest France and in another century entirely. 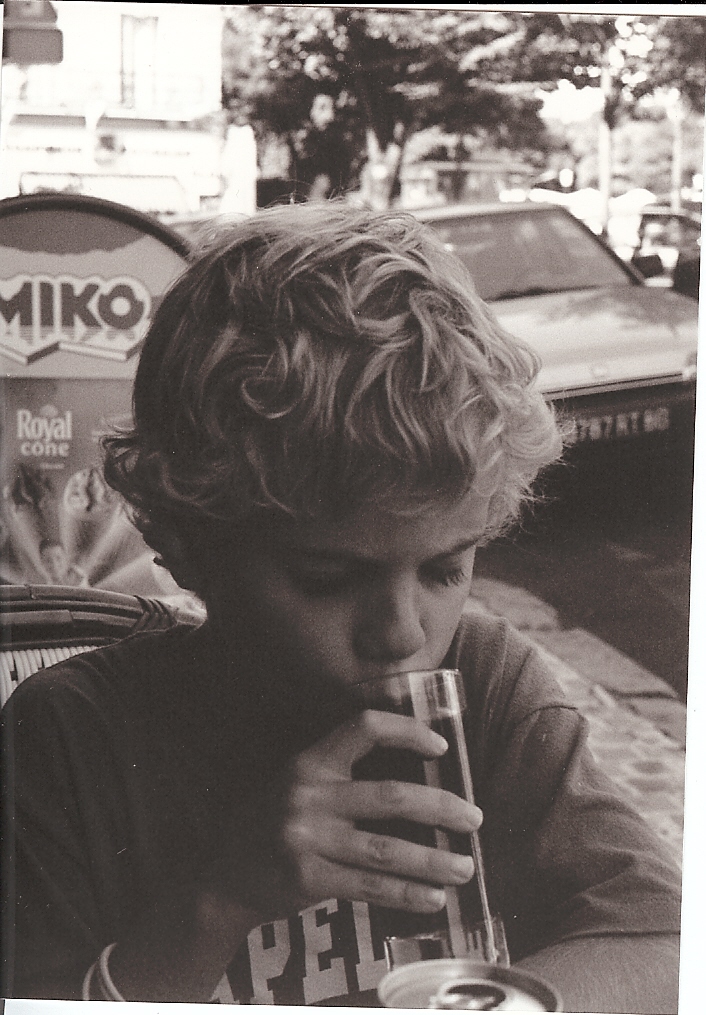 Youngest son, Jaryd, during the French summer of 1995.

Erick, my oldest son, along with Alice and Jen, easily settled into the ambiance of La Belle Gasconne and September. 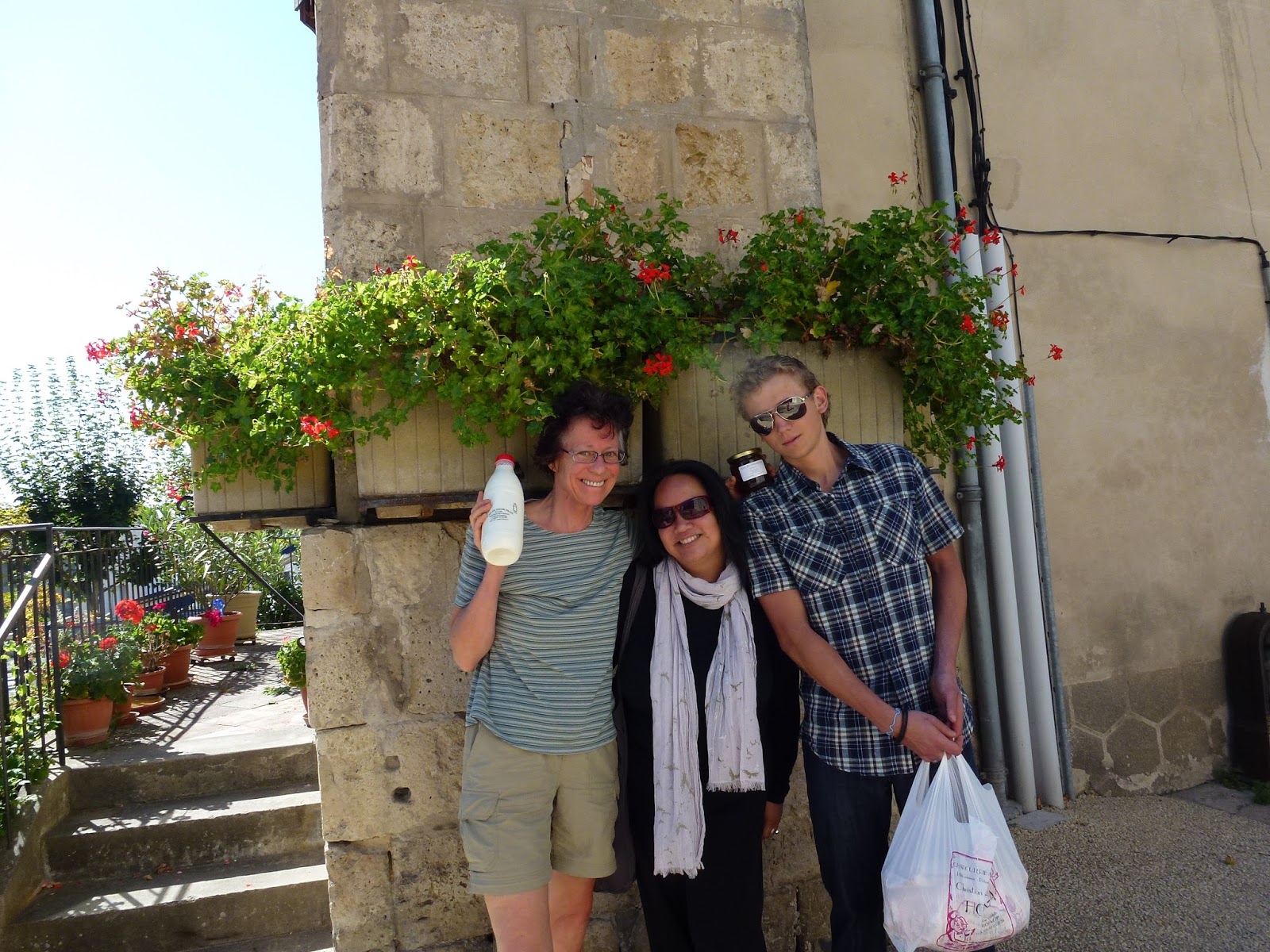 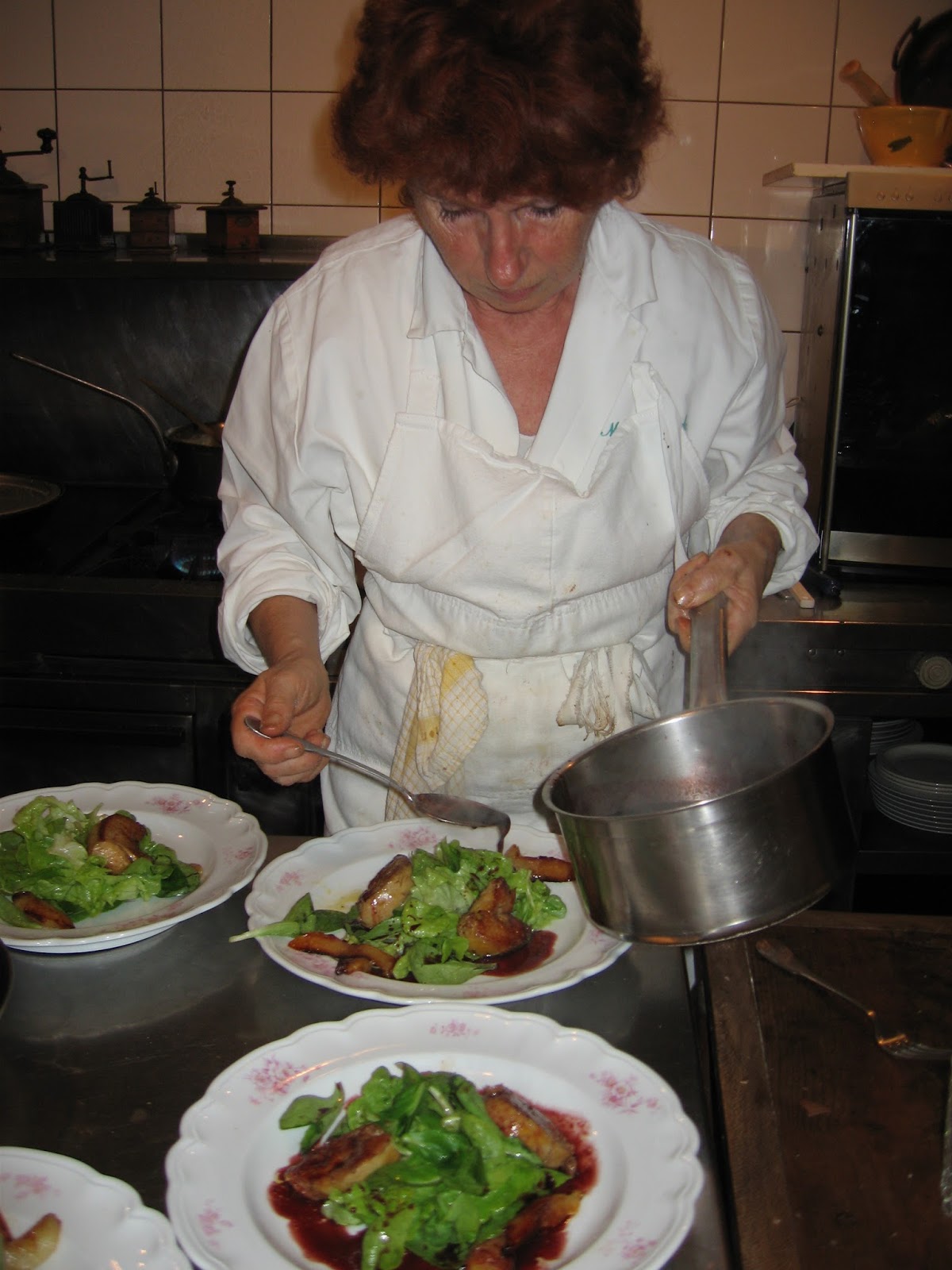 Jen and I spoke about this place, G, as she also had a history here, having spent a few months on a writing sabbatical in a tiny village called Auvillor. We tried to eek out why it was that we loved this place so much. Was it a place in the heart as well, as a land-place? The spirit, the light of the hills and the vast expanse of by God there's no other way to describe it, unabashed fertility. Fertility, beauty, and timelessness. As certain as its a place on the map its also a spirit of genuineness and truth. Integrity. Something that moves you as it remains unchanged and serene. Something you can’t find or have anywhere else. 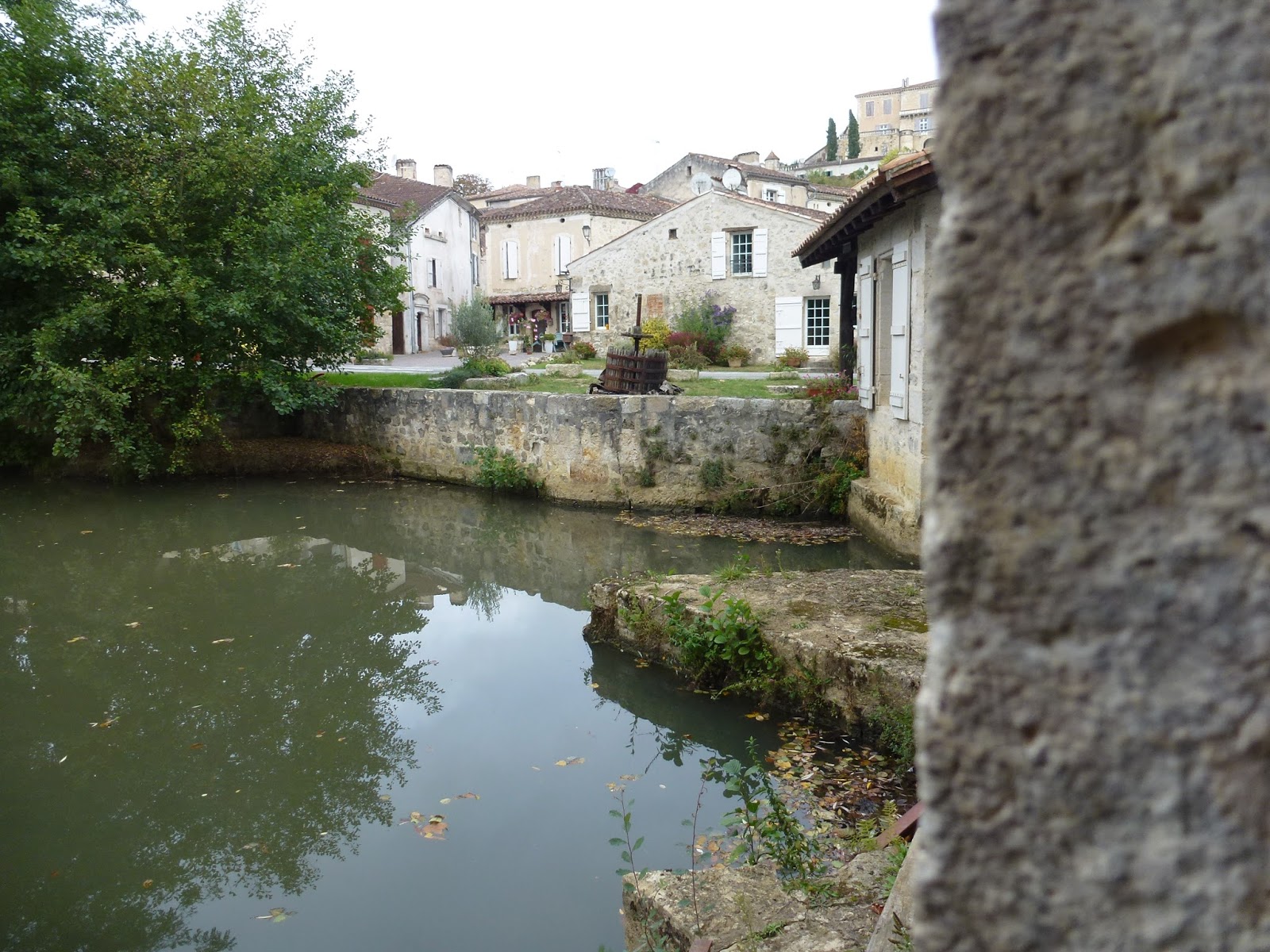 Was this also true of Becasse? Becasse, or woodcock, is a revered and endangered little game bird, that is spoken of reverently and waxed upon, quietly. But my Becasse fire had been seriously stirred though I had never seen one, or tasted one.
Through Marie Claude and her sons, Jean-Claude and Jean-Antoine they proposed a meeting with a local man, a hunter named Noel. Noel, or Monsieur Becasse, as his legend preceded him, was a local farmer and game bird hunter. To find anyone who would talk about this mysterious bird was a feat in itself. The shrouded and hushed reverence about Becasse rivaled as many blissful secrets of the ages as you could imagine. And I could just imagine...
While Alice and my son, Erick, executive chef of his own place, bustled about in the kitchen, Monsieur arrived and sat with Jen and I in the dining room. 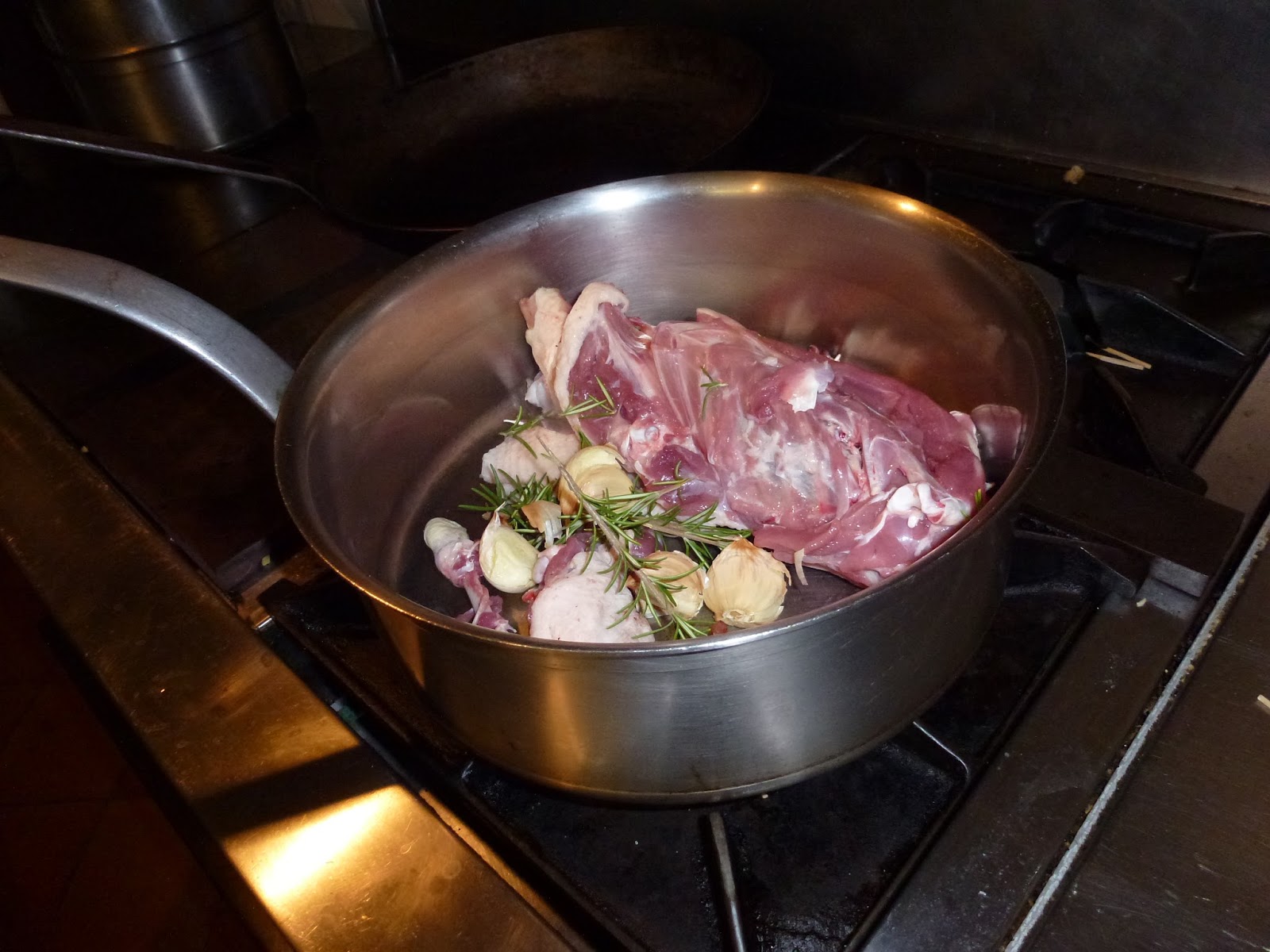 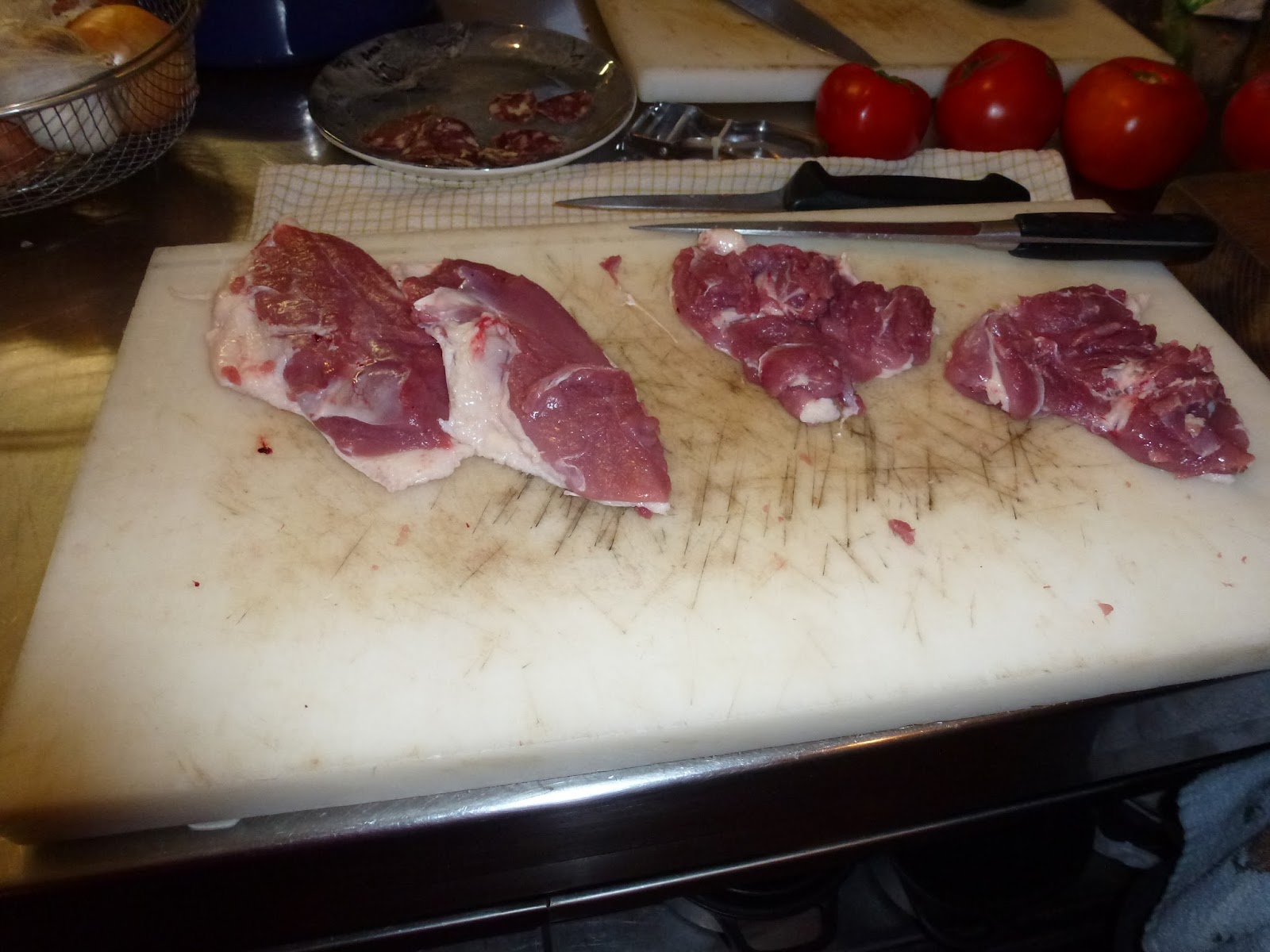 Monsieur Becasse was short and wiry, with glasses. I pictured him with a gun, darting about in the swampy land by the Gelise River. In many ways he appeared tres typique for a Frenchman. As he walked in the millhouse everything was c'est normal, as they say. His hair was dark and he was going bald.
We began with a drink, a pousse rapier, classic Gascon fare. My friend Jen explained with a fin finesse  that I wanted to write about the Becasse, all the complexities, the lore and the hunt, and the culture. From his expression she might have said I was here to take over the village. 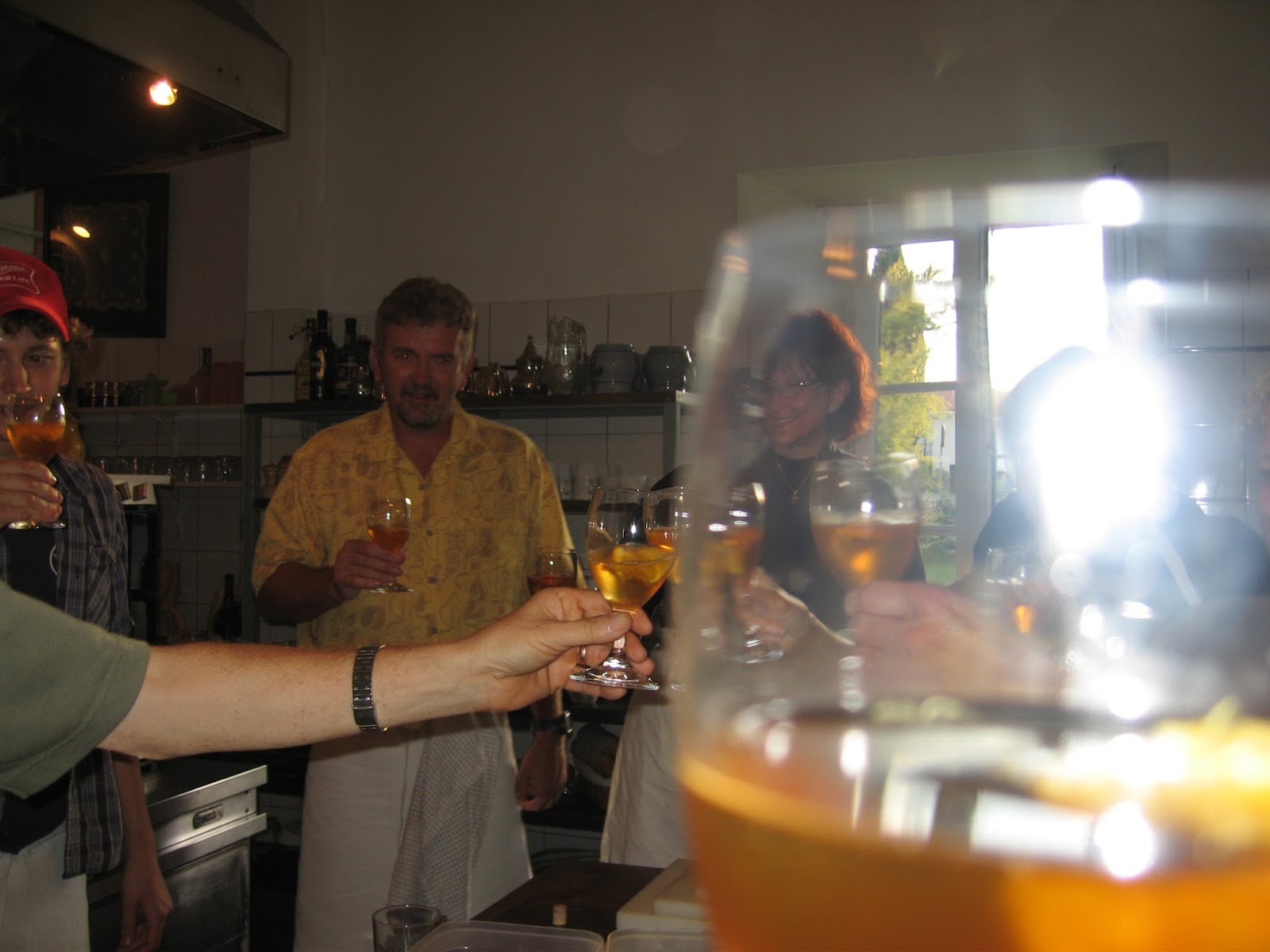 In 2006 at a Cooking Class in La Belle Gasconne
(Shoot, I thought. I have a lot to learn about conducting an interview. And especially an interview with  French Becasse hunter. Rule #1 - Act as if you don't care to learn anything!)
But he took a sip, and then Noel revved up. He motioned and pounded out a very passionate  retort. My friend, Jen, also got very emotional. The talk of Becasse sounded beautiful and dreamy and very poetic along with, peut-etre some Gascon boasting thrown in for good measure. This is the land of the Three Musketeers after all. I don't dare say, was.

Now, if only I could understand what they were saying. 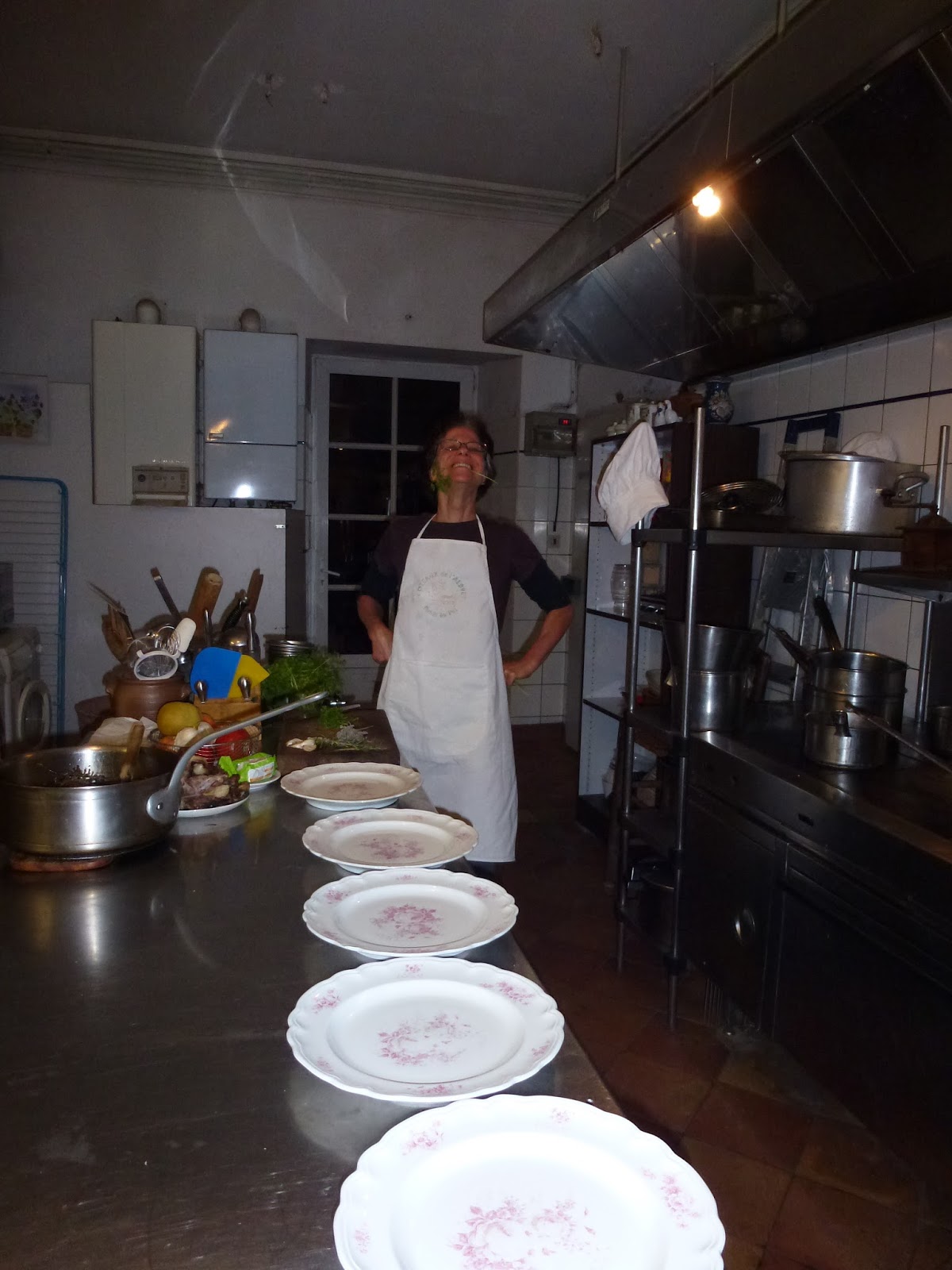 Alice, and the plates.

Noel talked at me, his glasses slipping down his nose. Jen translated.
"You want to know not only about the hunt, but about the culture of the Becasse?"

"Oui." I said in as non-threatening way as possible.
"There is no way," he said. "That a writer truly, possibly, could understand? A writer could never communicate this culture."

"Never?" Now it was my glasses turn to slip down my nose.

"You never understand, he said, unless you go out and go hunting."
"Oui, Bien sur, " Yes, I agreed, now we were getting somewhere. As a writer or a woman, whoever I bloody well had to be - I was game to go hunting.
Noel was quiet, while he puzzled over this. Or perhaps looked for a gun.

"C'est possible le Becasse? Ala en plein air?" At this point, I unwisely bypassed Jen's translating talents and blurted. Was I asking what I wanted to know or if a Becasse was like a market?
"Non, please tell her I don’t want her to go hunting with me." 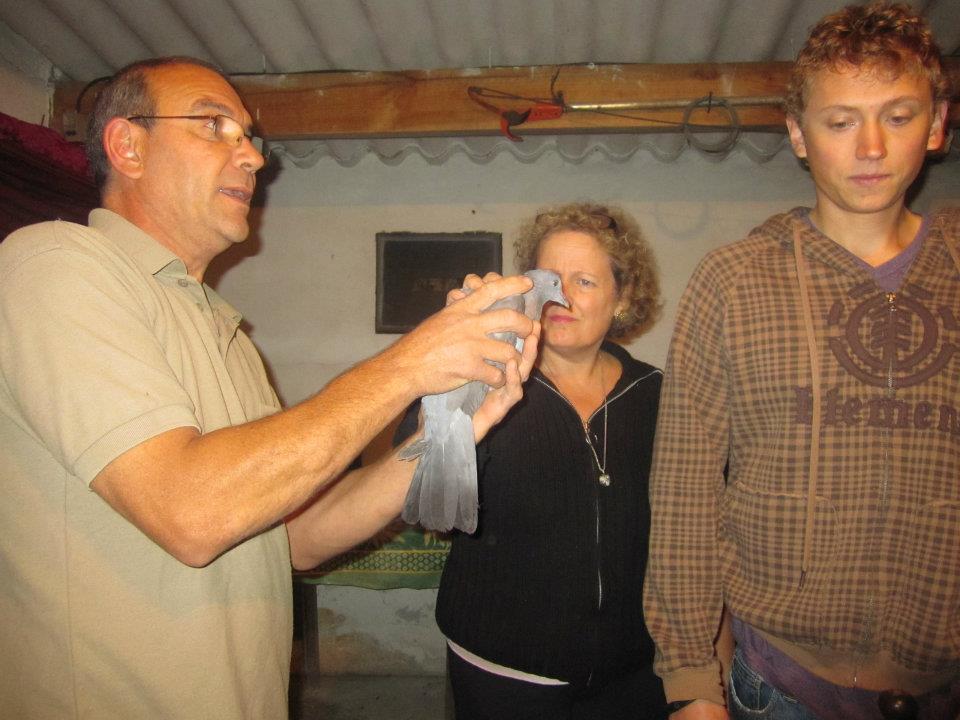 Ce soir #2, Noel, Monsieur Becasse, explains about his Palombe.
I stared at my plate of magret. Okay, wait. "What?"

"D'accord." This is for Becasse after all. All for One and One for All Becasse.

Once he accepted that I accepted I wasn't going hunting with him, Jen asked if there was just a chance to see the preparations, and enjoy Becasse – because again if you can’t understand Becasse till you eat Becasse, then how or where can I? Is this possible?
"Will she be here in February."

Have you ever hunted? Or asked a Frenchman about hunting?