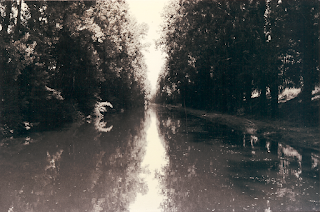 FRENCH CULINARY JOURNAL
June 1996 - When we returned from France, within a few days we were greeted by Hurricane Fran, which changed our life, our kitchen, and our summers forever.
Bon jour! Here we are. Plunk. In Gascony, Southwest France, along the Canal Lateral. This morning's breakfast, a still warm butter-sugar almond croissant in one hand and a deep rich cafe creme in the other.

Thank you, God, for ambi-dexterity.
I sit on a long oak bench at a hand hewn rustic farm table in the kitchen at "Camont," which is this farm's address. My American computer's plugged in through various multicultural technical contraptions which may make it possible to converse with you aka this column. I still don't know if this is really going to work.
Last week when we arrived, we had to travel down down further and further
into the south of France
on blind faith as the
phone line had been totally obliterated by a lightening storm.

It's taken a good ten days and numerous trips to the new French shopping
extravaganza called Castorama (aka Home Depot) to figure out a compatible
answering machine. 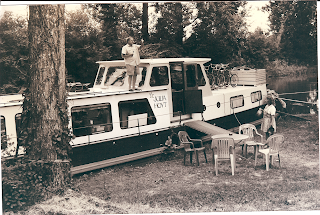 So, will you, my readers, be able to achieve satiation through e-mail?
Through this piece meal correspondence? That is the question.
Our nouveau friends, Kate and Patrick Ratliffe, launch their European Culinary Adventures from this farm, Camont. Their barge, the Julia Hoyt, is docked at the end of the path ouside this two hundred year old farm- house. My seven year old son Jaryd, has his head on my lap while my husband Rich and soon-to-be ten Erick bicycle on the towpath along the canal towards the bridge and the next village, Serignac. In the morning and evening light,
songbirds - oiseau de chanson-  twitter and frogs – grenouille - croak.
Even though I'm familiar with this aural background in North Carolina,
they sound so much more lyrical here en France. 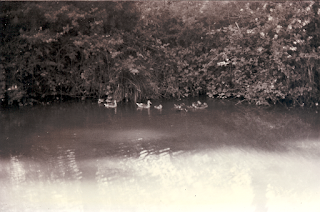 From this periphery of red-tile roofed farmhouse, poplar tree-lined canal, and farmer's markets in motion ; it seems like a plunk now, but en progress it was not so, as the French say, tranquille. After a stopover in Miami, an all night plane ride, flashing lights pointing en Francais down the steps at Orly Airport to our now internationally mishandled  baggage which tumbles in disarray down the belt first, surprise, and we collect it in our comatose state.
Follow this with a polite conversation with a young British man dangling OUR set of keys and all importante maps. Not that we can read them, but they give us hope.  We promptly drove our sapphire Peugeot, stuffed with our twelve bags like a sausage from the village charcuterie, out onto the peripherique which encircles Paris like my snowcapped breakfast croissant, now approaching obliteration itself, encloses it's own amande farci (almond stuffing or filling.) Eleven hours later, post the French Autoroute A-10 and circumnavigation through, and I do mean through, the cities of Paris, Chartes, Tours, Poiters, Bordeaux, and Agen
we pull into Kate’s farm at Camont.

Eleven hours later, post the
French Autoroute A-10
and circumnavigation through,
and I do mean through,
the cities of Paris,
Chartes, Tours, Poiters,
Bordeaux, and Agen
we pull into this farm at Camont.
But all that now blissfully lives
in the past and I can
concentrate on
sharing culinary experiences
"en moment." 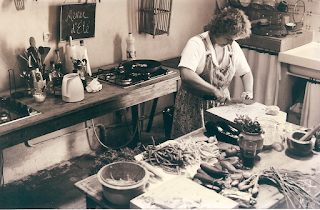 Our first meal from this cozy kitchen, which was tres casual by French standards, began with aperitifs on the pebble studded terrace.
Aperitifs coddle your appetite, hold it, and caress it, until the moment when the deep plunge into "diner" commences. It's such a gentile way to end the day.  Ice clinking glasses of pastis, peche –peach - and mure – mulberry - intensified the sharing of travel stories by table companions.  Crockery bowls filled with pistache (pistachios), salty crackers (biscuit sale), and shiny black olives d'rosemary create diversions for our warming palates. 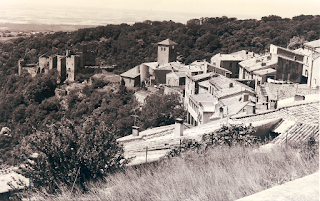 White wine glazed red peppers began the serious business en table, followed by our entree of grilled gascon saucisse and thin spicy North African merguez sausages lifted from the grill. We passed wide heavy bowls of couscous hiding sultanas and pignolia. With aperitifs having worked their magic, a Sancerre dry rose wine welcomingly filled our glasses, tout de suit.   Broad beans, a special variety which look like fava beans but taste like green beans, are slowly steeped in the pan with red onions and olive oil.  Of course, du pain (french bread) is broken and shared liberally, and provides crunchy discourse throughout our repast.
Dessert was tres simple, cassis sorbet and glace aux vanille, intensely purple raspberry sorbet and creamy yellow vanilla ice cream. The approaching full moon and sound of the rumbling train on the tracks in nearby Agen swept us to bed in a state of tres satisfait. 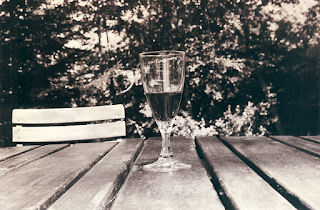 The following days/meals have been a melange of grille lapin sur un lit des carrottes, grilled rabbit on a bed of carrots, pommes de terres gratin, potatoes with creme fraiche in a gratin casserole, seared fleshy steaks of eggplant and zucchini, and tree-picked grillotte cerise, cherries.
The Wednesday's outdoor market in nearby Agen overflows with intense visuals and a cacaphony of animal sounds. Erick and Jaryd cradled the notion of buying a baby rabbit, duck, goose, or chicken. Lapin, canard, oie, or poulet. Of course this is not an easy selection process for a myriad variety of tethered adults lie side by side with their offspring. Pacing through produce, we were careful not to poke but we did buy a share of le grand batavia salade, purple and green artichokes with long necks, the first of the early summer blush peaches and rosy apricots, round rolling petit pomme de terre, le tomate des vigne (tomatoes on the vine), and tables covered with rounds of fresh soft goat cheeses and rounds of others aged at intervals of one week through many weeks.
Each day, sometimes each hour, brings new culinary adventures. Our first experience at the Buzet Wine Cooperative, where you buy wine by the liter then fill and cork your own bottles.  On St. John's Day, our 28thanniversary, we picked green walnuts from trees by the farm to make the Vin De Noix, green walnut aperitif which will be enjoyed in November on Toussaint, All Saint’s Day.  At the neighboring farm, Ferme Bellevue, we were given fishing poles, bicycles, and our first french poulet or chicken complete with the head attached. The resulting sauce from this similar - but not quite - coq au vin was, to my taste, very rich in chicken essence. 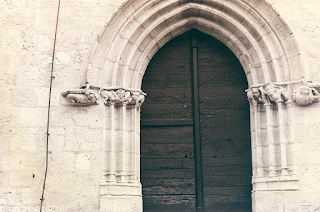